Bjuvstegocefalen (the Stegocephalia from Bjuv) is a wearable reconstruction of the extinct amphibian Gerrothor’rax rhae’ticus. In 1942 fossilized fragments of this animal were found in hard coal shafts in the village Bjuv in southern Sweden. The new species lived 200 million years ago and was named after the place where it was found.

After trying it on I donated the costume to Bjuv – a municipality where the Swedish xenophobic far-right political party Sverigedemokraterna attracts many voters. As of today the costume rests in the public library’s storage space.

By reminding about the fact that the spot of planet Earth we today refer to as Bjuv, 200 million years ago was a shallow lukewarm sea near the sunny equator, questions of national identity, belonging and ethnicity can perhaps be approached from a different position. What happens with boundaries and definitions of origin when the tectonic plates are drifting?

The donation letter to Bjuvs municipality

The work was produced during a residency at Art Lab Gnesta. 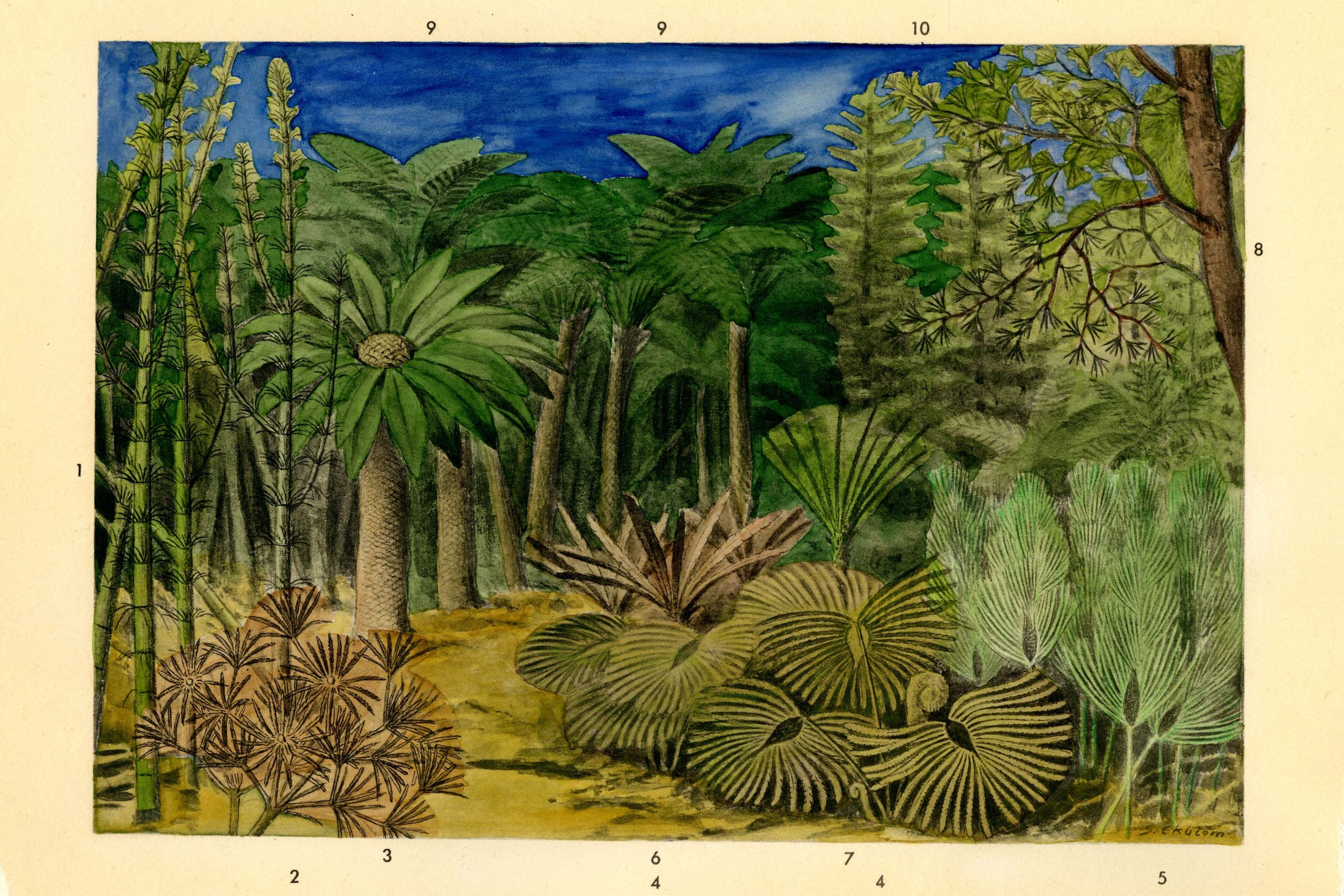 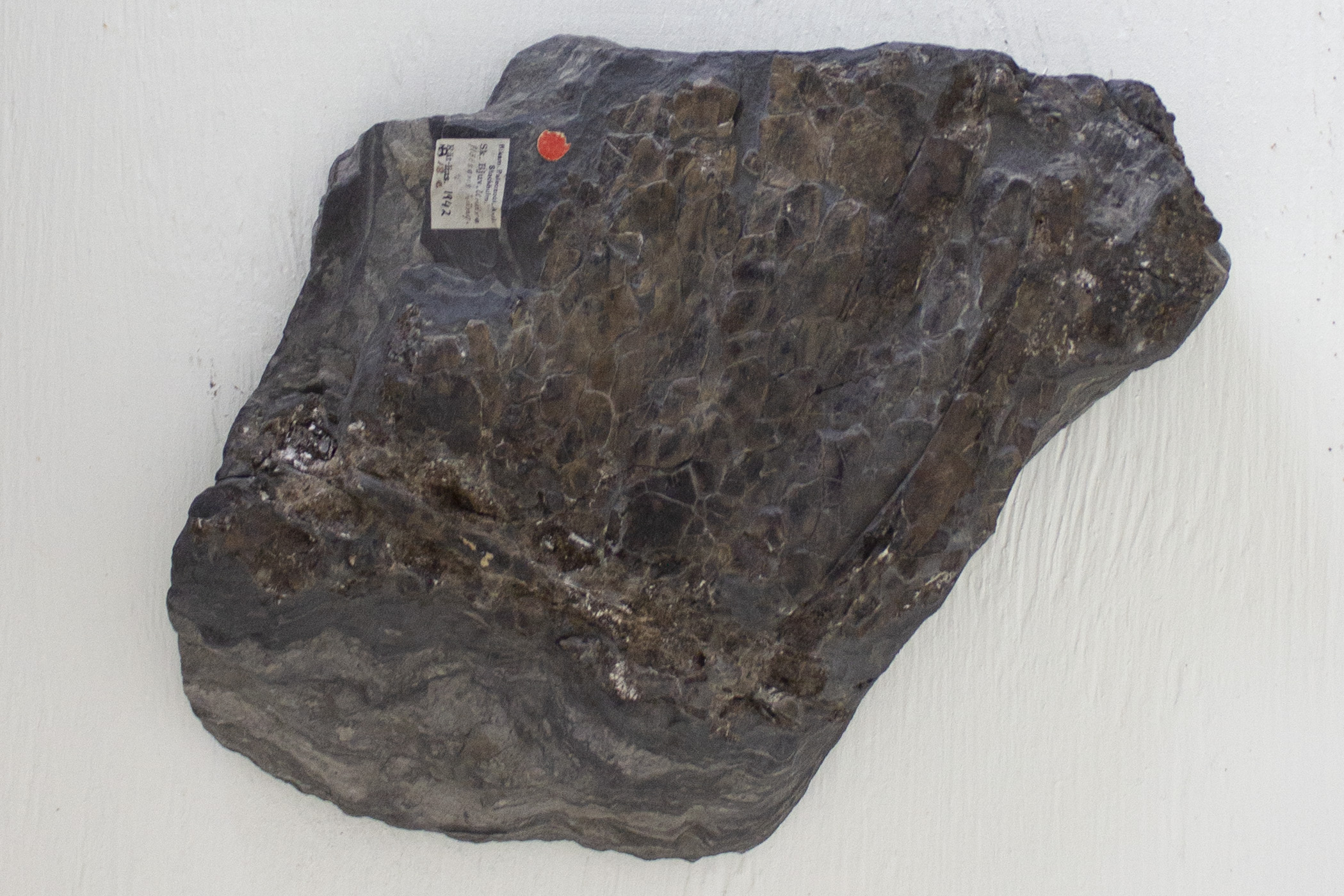 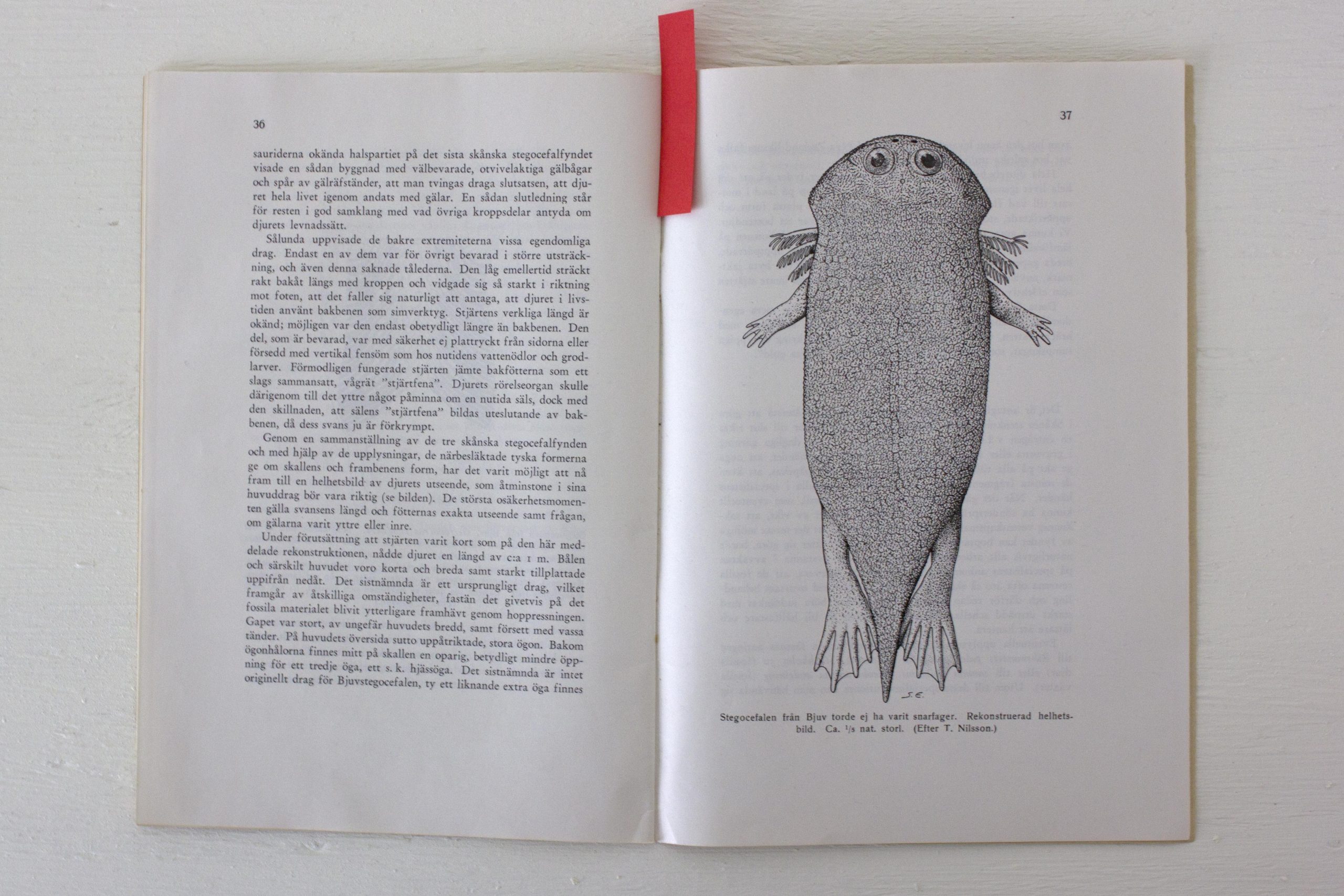 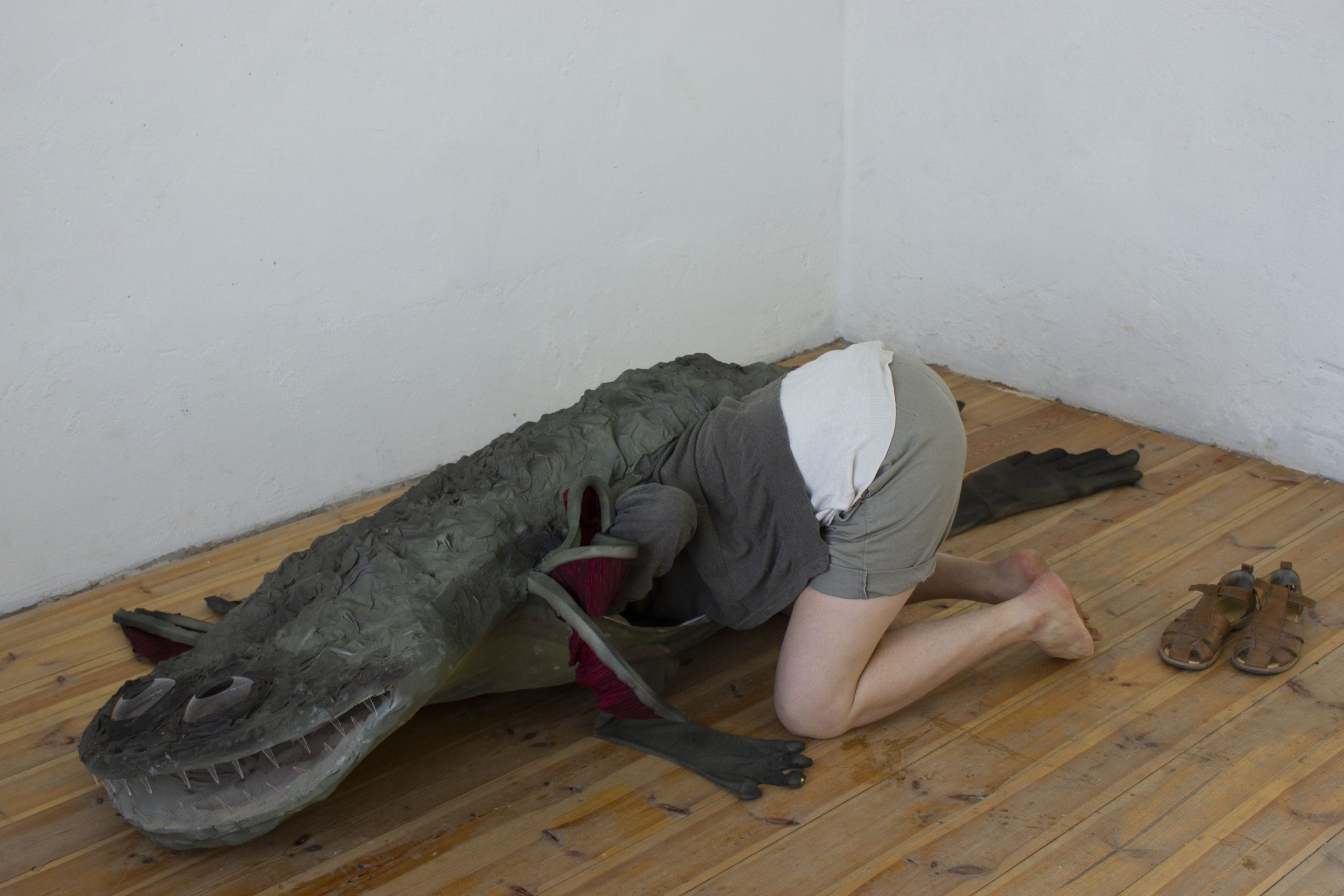 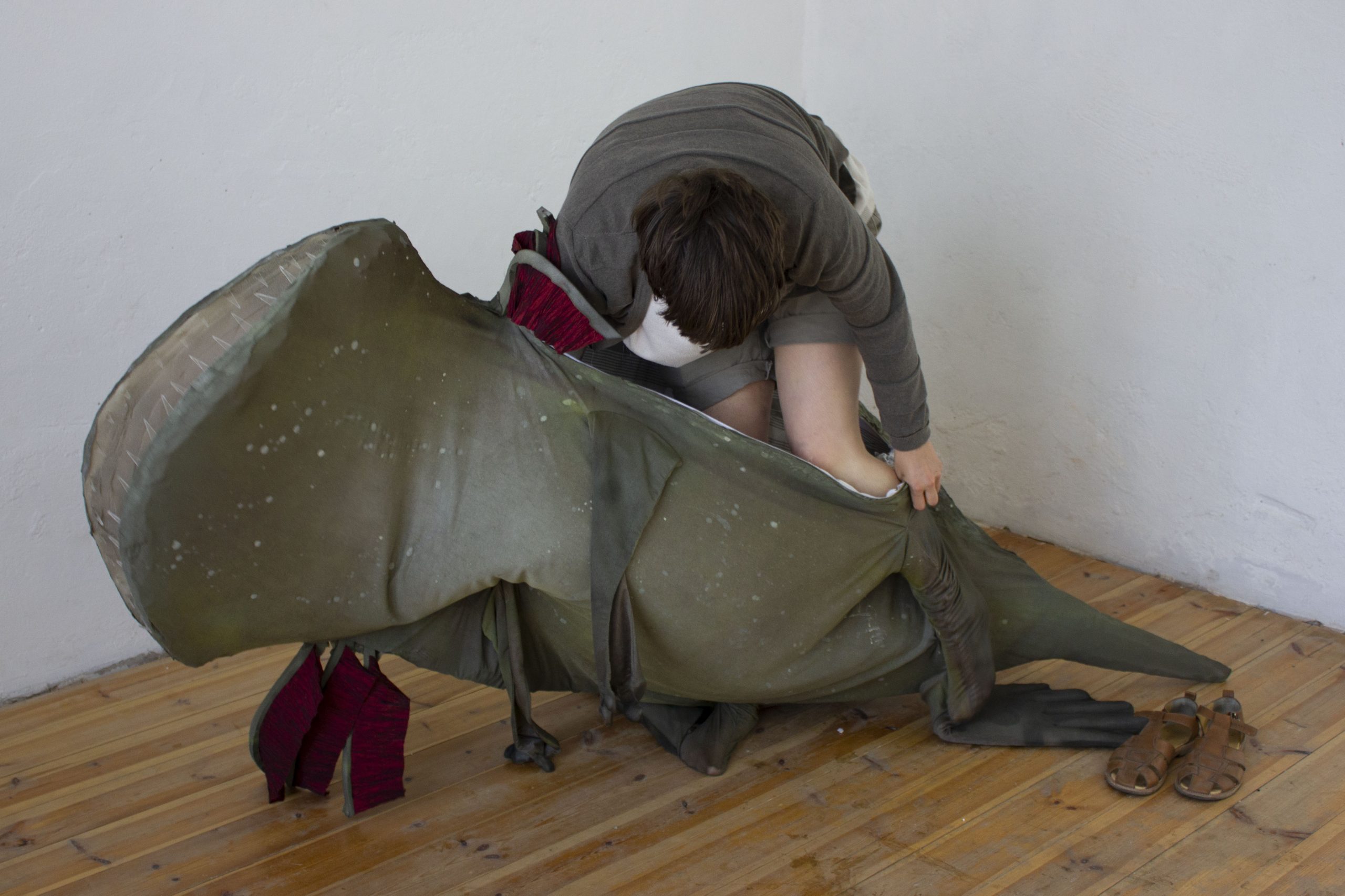 c) Gerrothor’rax rhae’ticus NILSSON, Fossil specimen B. 18 in the collection of zoological paleontology at the Swedish Museum of Natural History, probably a part of the abdominal ribs, covered in limestone.