Jan Lindblad Film Festival is a public event including screenings of a unique collection of nature films by the Swedish filmmaker Jan Lindblad (1932-1987) in a cinema like setting.

Jan Lindblad appeared frequently in Swedish TV-media during the 70’s, propagating for a life ‘closer to nature’. He was part of the early environmental movement of that time, and his TV-programs from the South American rain forests were hugely popular among the Swedish audience.

The sequence featuring Jan Lindblad wrestling a big anaconda in a river was was broadcast in a TV-talk show. He considered it an accident at work.

My warmest thanks to Bobo Lindblad. 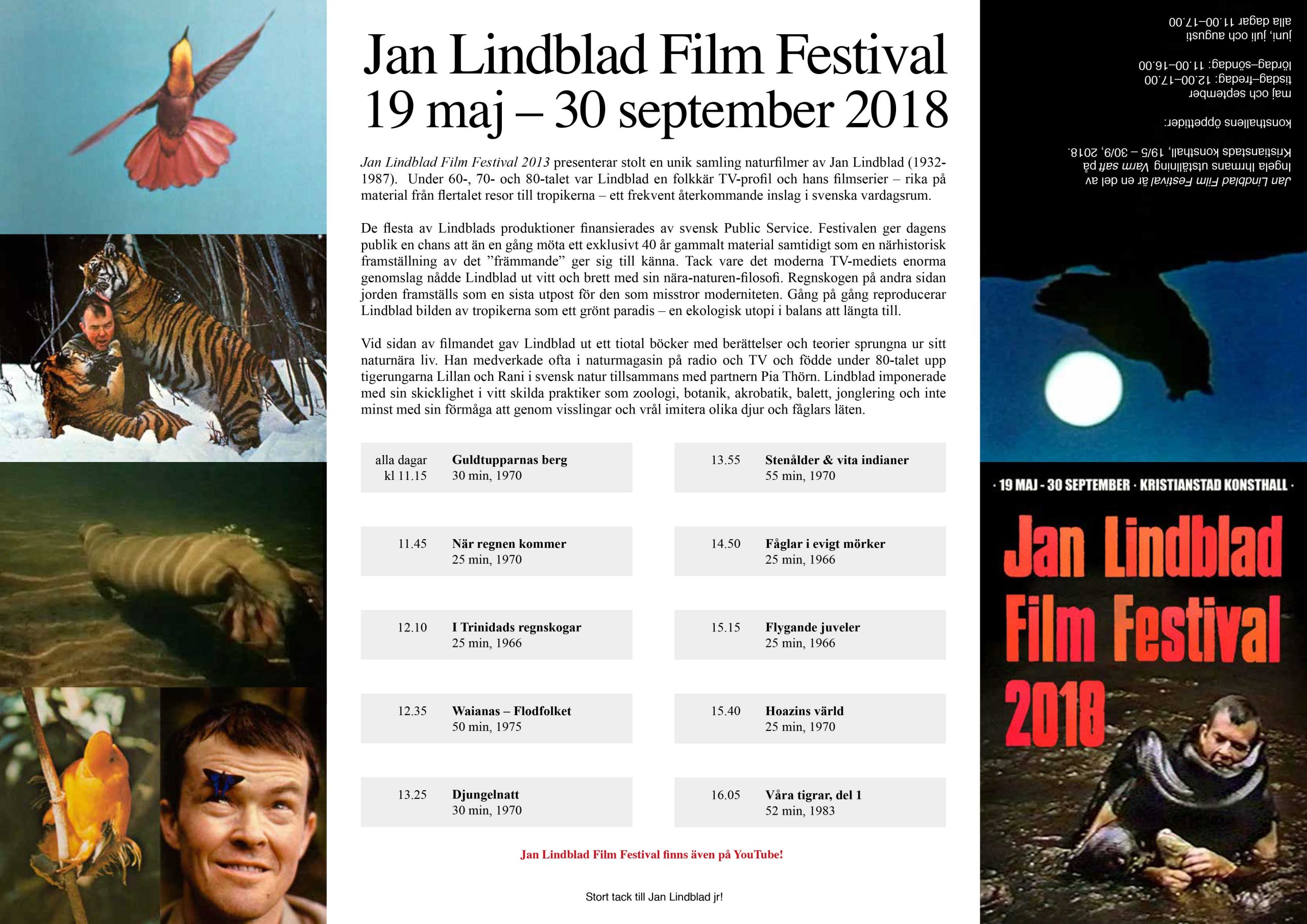