First Came the Landscape is a skeleton made of sticks, branches and logs from elm trees that grew nearby but died after being infected by the Dutch elm disease. It rests directly on the soil in a small forest grove with beech trees on the south side of the ridge where Uppsala konstmuseum is located. No material has been added that must be taken care of, destroyed or recycled when it ends. Instead already existing matter has been reorganized and arranged in a way that creates new meaning.

But what meaning? Is it an archaeological excavation of a giant’s grave, a Hügelkultur mound bed for future cultivations, an outdoor lesson in human anatomy, a sick stick figure, a self portrait or something about death?

The title expands the time axis of the place and is reminiscent of what were there before, when the landscape was shaped by masses in motion.

First Came the Landscape was made with help from artist Frida Peterson and arborists from Uppsala kommun for Resonating Bodies at Uppsala konstmuseum. 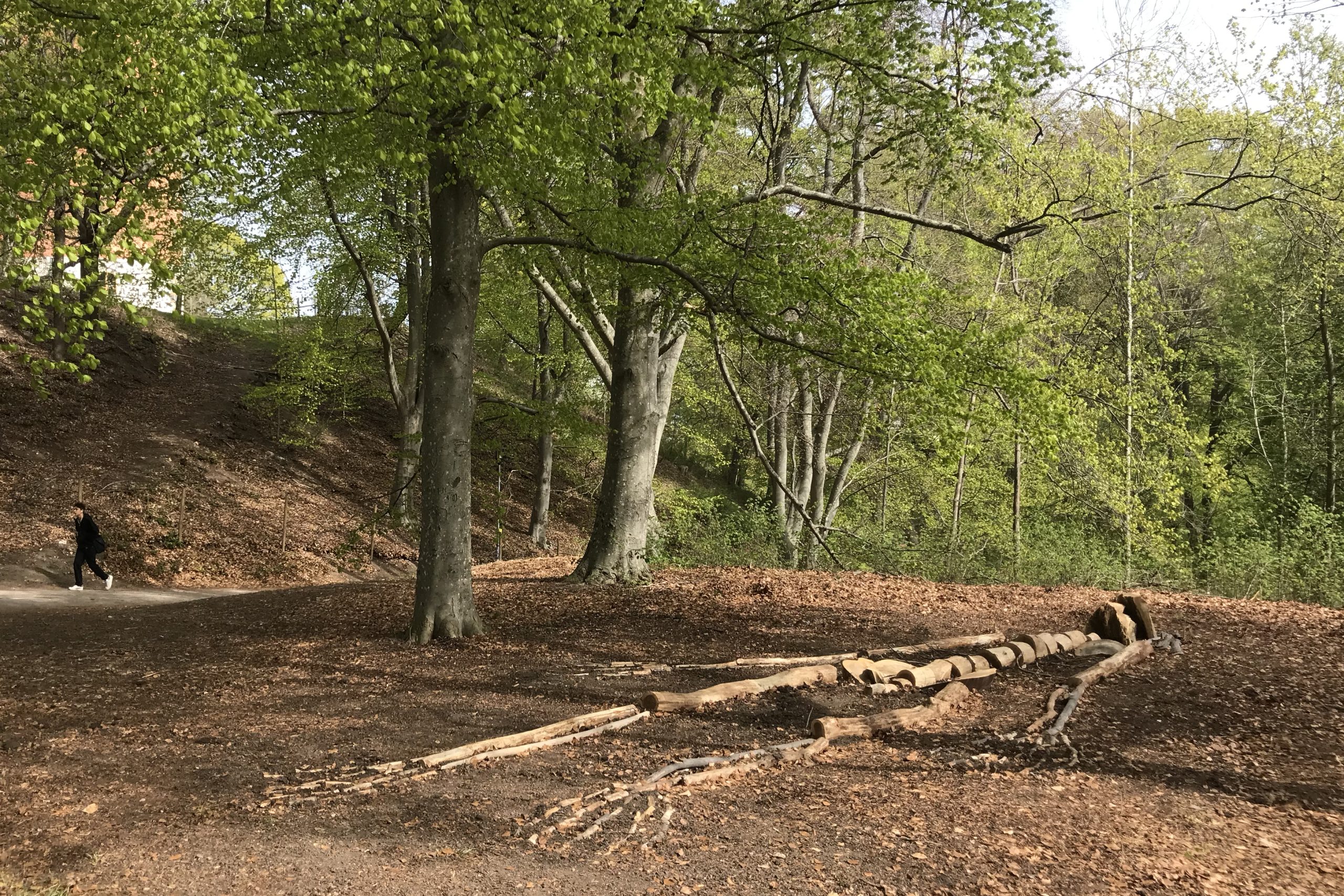 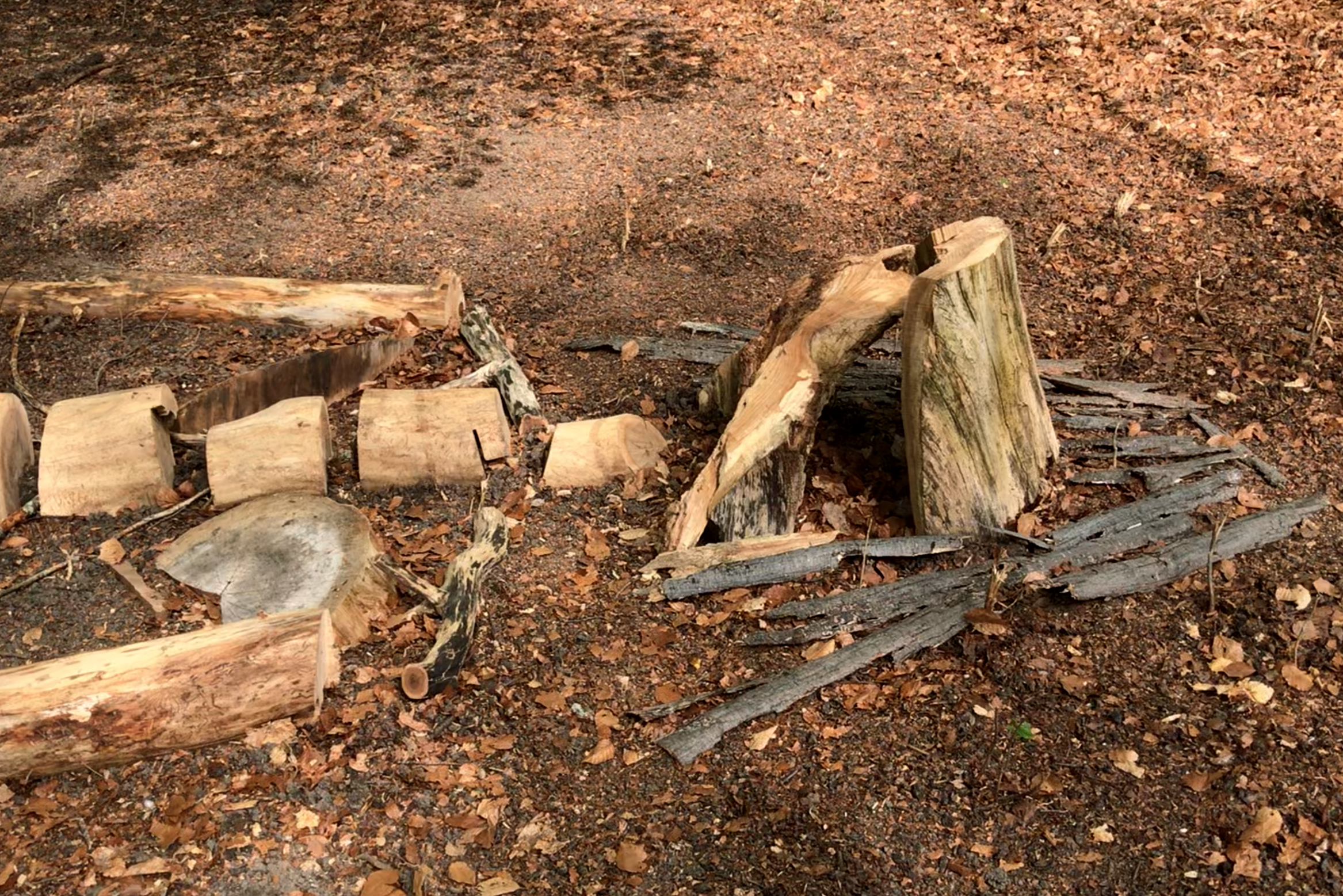