The Giant Hogweed is a replica of the plant Heracleum mantegazzianum whose phototoxic sap can cause severe burns to the skin if exposed to sunlight. The species grows wild in the mountainous regions of Caucasus. It spreads wildly in Europe and North America’s nutrient-rich soils since it was introduced here as a garden plant in the 19th century. The Giant Hogweed is classified as invasive species that threatens both economic and ecological values.

The work was developed during a research visit in Latvia (2015) where the situation with the spread of the giant hogweed is serious due to EU’s agricultural policy. It has been shown at Survival kit, Riga (2015); Tensta konsthall, Stockholm (2016); Gwangju biennale (2016); Modernautställningen, Stockholm (2018); Yokohama Triennale (2020); Futura / Karlin Studios, Prague (2021) and the Belgrade Museum of Contemporary Art (2021). 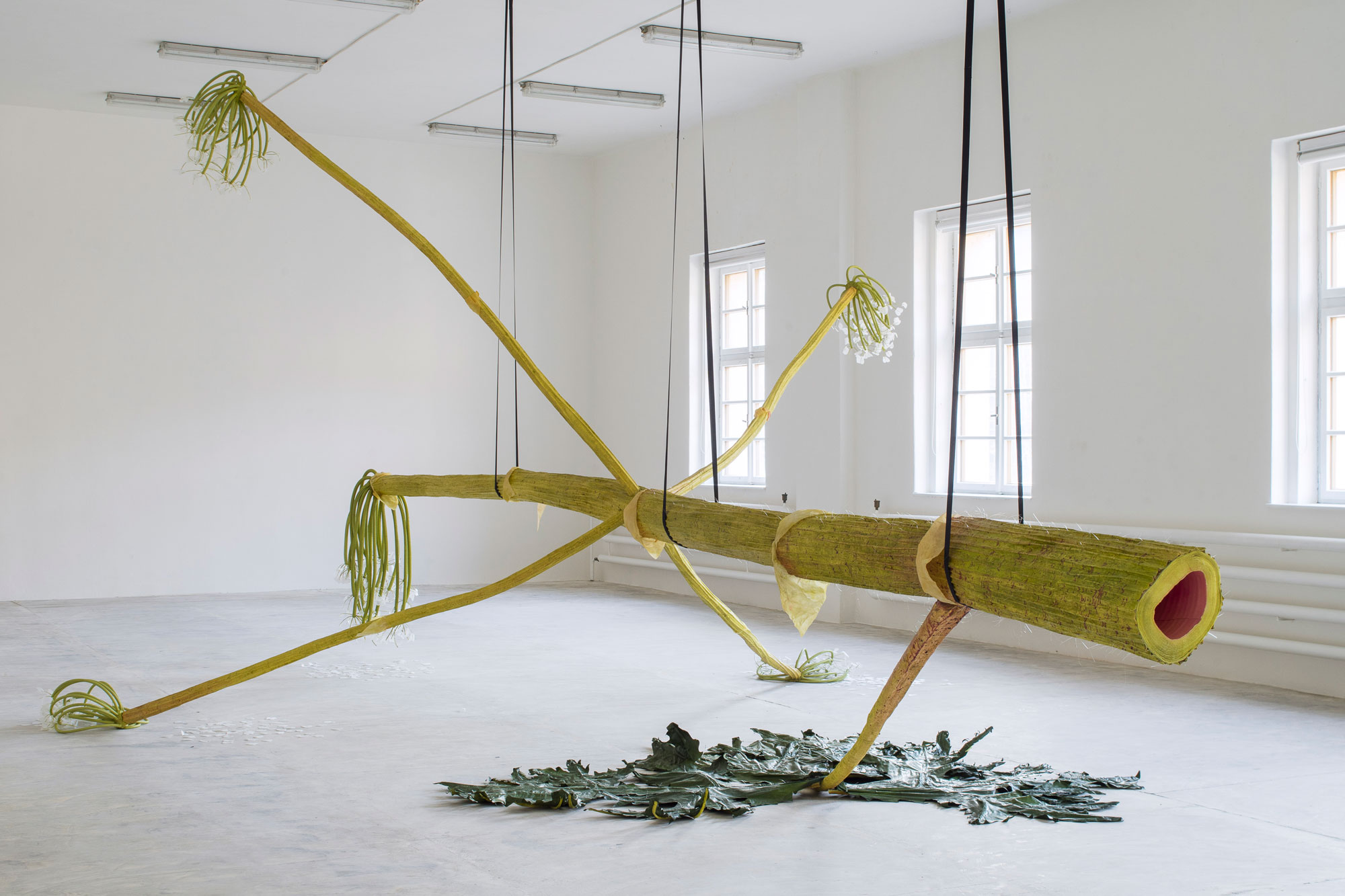 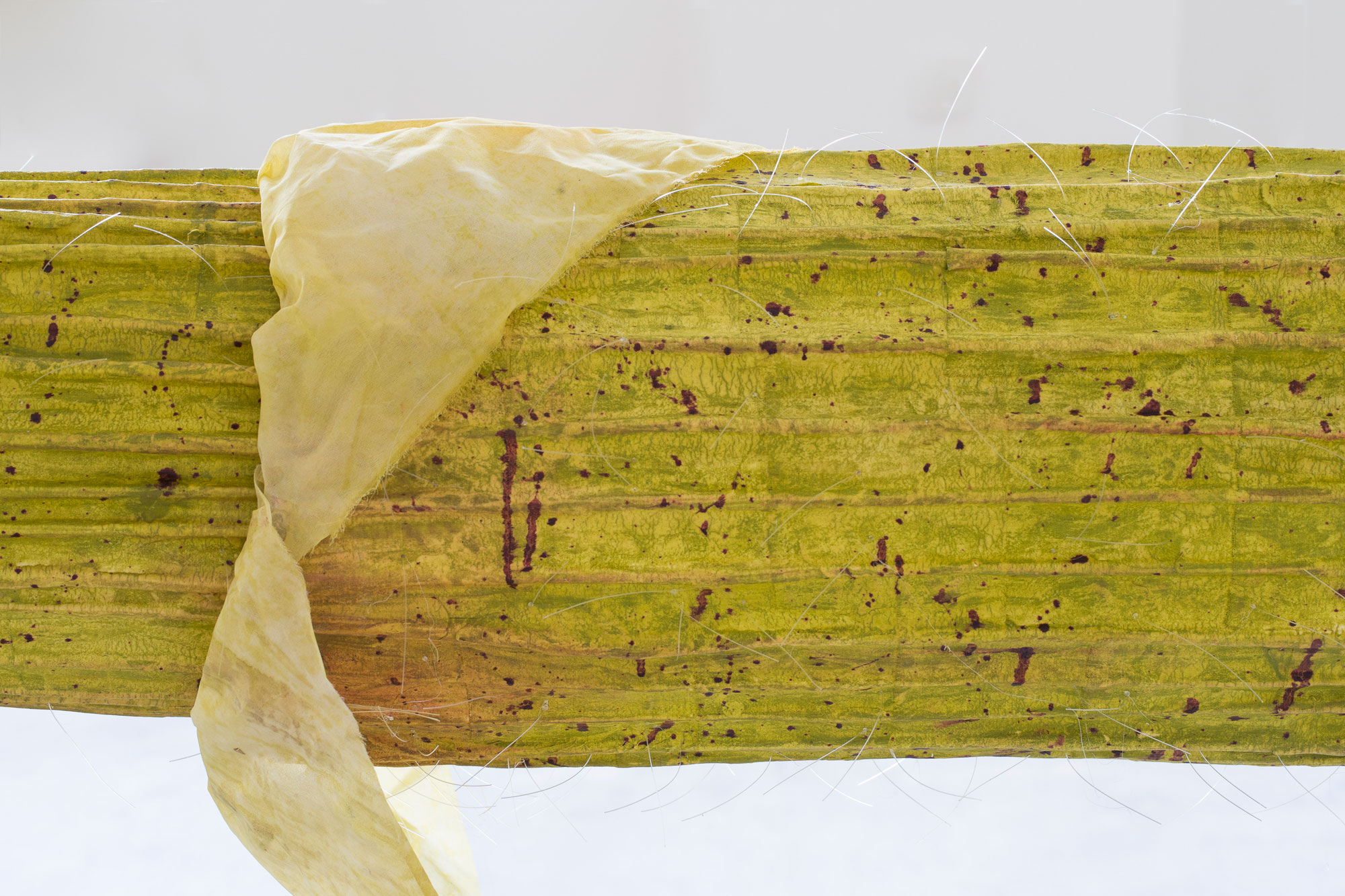 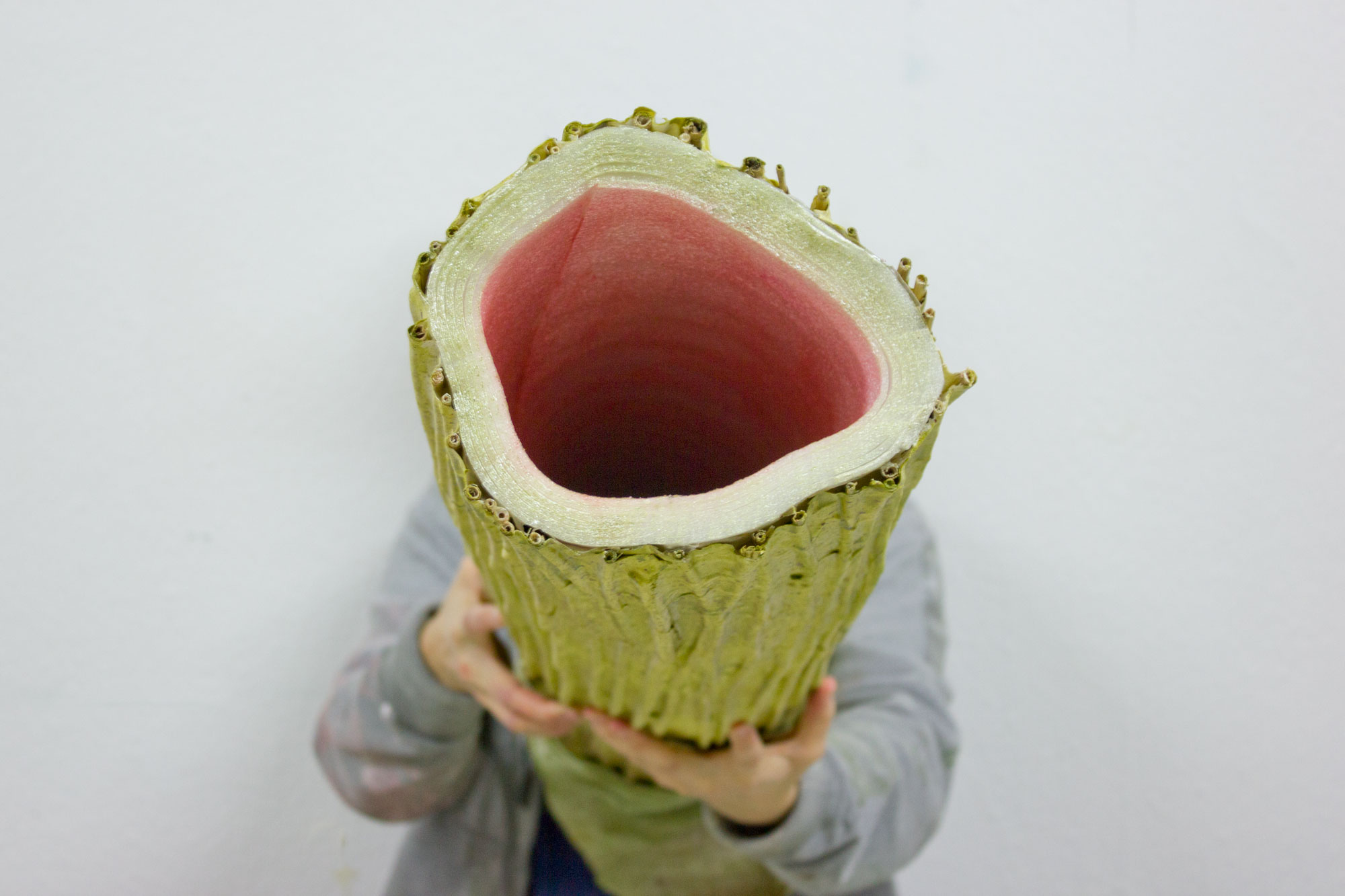